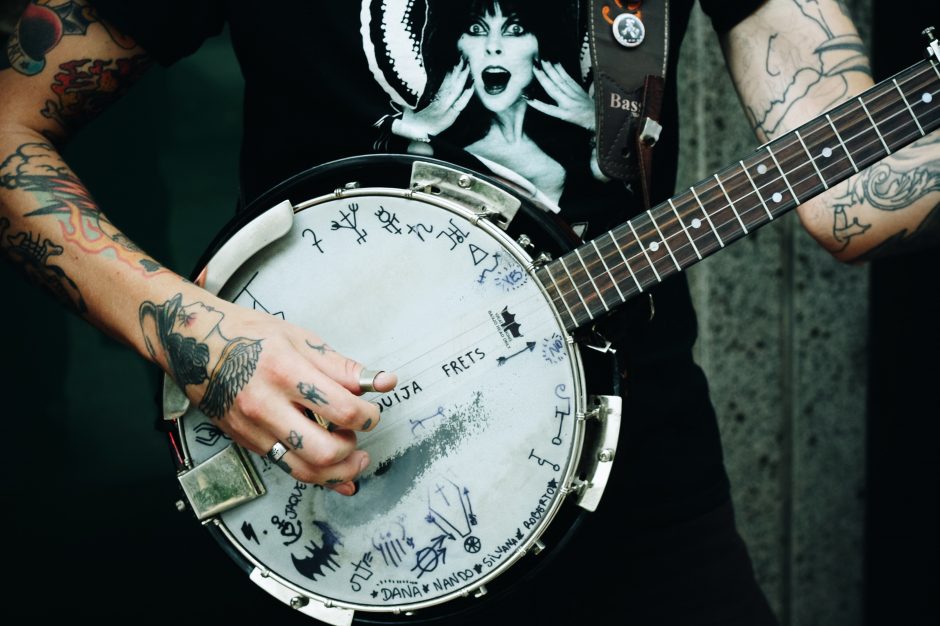 In Defence of Bad Taste in Music

I know they’re there. Lurking in my “recently played” list, or threatening to expose me as a fraudster of cool the next time a friend launches my Spotify player without fair warning.

All. Those. Nickelback. Tracks.

Hello. My name is Michelle, and I have bad taste in music. Or, at least I secretly do. Sure, on the surface my music library is a deftly-assembled genre-hopping collection of all the ‘right’ music. But when a Facebook scroll tells me that I’m a bad person for not being back home for my oldest friends’ life events, sometimes a girl’s just gotta put on “Photograph” and cry a little to Chad Kroeger’s grinding vocals.

Is that so wrong? Should I really be embarrassed about that? A quick search online tells me I should. Nickelback tops no less than a bazillion “Worst Bands Ever” lists, all for what some call their commercial sound and formulaic lyrics. Like that’s a bad thing. But that doesn’t seem to matter when it comes to who I think I’m supposed to like in public (and it’s definitely not Nickelback). If someone asks who i’m listening to right now, I’ll probably sound like a music snob’s guide to the galaxy.

I’m not alone. “Maaaan, do I love me some Biebs!”, Olivia Seally, photographer and founder of Freshman Friday, told me. “Justin Bieber can tap into a gal’s nostalgic, pre-teen, boy-crazed roller coaster of emotions that are so indulgent to entertain, but never would I ever pull up one of his tunes if handed the auxiliary cord in a car/room/audible vicinity of adults.”

And in the grand scheme of things, it seems to matter. “Count me in, but my music taste sucks” is the automatic disclaimer I’ve encountered from many a tastemaker when arranging interviews for The Rhapsody. I guess with the beautifully curated public evidence of everyone else’s of ‘just-so’ taste, it can feel like what really speaks to you, what hasn’t been co-signed by Internet Cool Person, should be kept under your virtual bed.

Let’s face it – hating an artist or band is a well-established pastime.

On the flip side, there’s an undeniable frisson of superiority we can sometimes feel when going against the tide of love for mainstream and aggressively likeable artists. “It’s just another level on the whole “cool” structure,” says Olivia, because let’s face it – hating an artist or band is a well-established pastime. Have you seen the online petitions to ban Nickelback from performing in various cities, and Aussie police posting a wanted ad for their crimes against music? Yeah, those happened.

Yet choosing only to listen to what’s expected is like only ever eating the spring rolls at a buffet. If the production quality tickles my ears and reaches my soul, I’ll buy it and buy into its creators. Even I can admit that One Direction doesn’t put a poptastic foot wrong with their catchy tunes, though I’m not their target demographic. Infectious popular music “just takes me to a place, which is what music, and art in general, is supposed to do right? Even if that place is a pre-teen pop fantasy.” Me too, Olivia.

So don’t judge me on my love of “bad” music. Or, do. As Olivia puts it, “that’s how interesting conversations about music start.”

Photography by Matheus Ferrero. A version of this article by Michelle Bobb-Parris was originally published on Elleuk.com