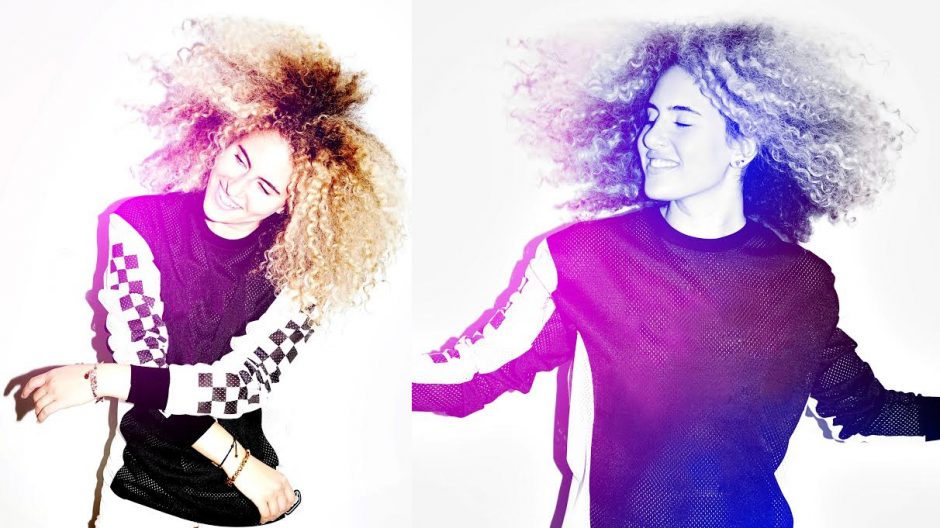 She’s the new artist you need to know now

Tamtam is probably going to save the world. At least her music might. The Saudi Arabia-born, LA-raised singer-songwriter is something of an expert when it comes to bridging cultural gaps – something that seems more necessary with every new trending hashtag. Possessing a soulful voice beyond her years and lyrics that speak to love, solidarity, and identity, she’s a welcome antidote to our increasingly polarized existence.

Tamtam’s newest single, “Hiding”, is inspired by a time when she was at a party with friends and they were all complaining about how bored they were. They kept taking pictures to post on Instagram, and later she saw the photos captioned something along the lines of “Best time!” and it actually looked like they were having a great time (oh, the lies we tell.) She started to think about social media and she realized how hypocritical it is that we live in a world where it’s becoming so easy to show everyone what our reality looks like, when the truth is, it’s not our reality at all.

Listen to her newest single, “Hiding”, above, and get to know Tamtam in our interview with the rising star. You’ll be glad you did.

I grew up in Riyadh, Saudi Arabia, and that’s where I will always call home, but I left Saudi as an early teen to go to school abroad because my parents wanted me to see the world from another perspective. That was the best decision, and the best experience of my life because it really shaped who I am today.

And, understanding two completely different cultures is probably the biggest influence on my music. I got to meet people who come from a different place than mine, and who grew up a different way than I did. I would teach my friends about Saudi and my culture, and I learned about theirs. It taught me the most important lesson: human beings can always understand each other if they communicate with one another, no matter how different we may be.

I’ve always wanted to do music, I started singing when I was eleven years old, and I decided to pursue music when I was thirteen, so after college I moved to LA to keep pursuing music.

Let’s start from the beginning – how did you first encounter music?

I remember having a karaoke machine at home when I was really young. My sister and my friends and I would sing for fun; I loved the spice girls and Britney Spears. And then I heard Michael Jackson and my love for music grew even more because I loved the lyrics and meaning behind his music.

Who was most influential in shaping your musical tastes?

Michael Jackson is definitely a huge influence in my music, he’s the reason I love to tell a story in my songs. He was also so true to himself when it came to his music, it felt so genuine and he sang about things that mattered to him, and he sang in a way that felt true to him. That teaches me to always embrace my differences when it comes to songwriting and melodies.

Do you remember your first album?

Yes! It was a Britney Spears “Baby One More Time” cassette tape. I think I was seven years old. My cousin and sister got it for me. I loved it so much!!!

It taught me the most important lesson: human beings can always understand each other if they communicate with one another, no matter how different we may be.

Is there a way that growing up in Saudi Arabia shaped how you relate to music?

Definitely. I grew up in a more conservative society where music was not regarded as a respectable path to go, so it was difficult for me to imagine actually pursuing music in the beginning. But because it felt so unreachable, it made me want it even more, and it made me fight harder for my passion. Saudi is changing, though, and there are so many more people who are exploring the arts: film, music, and art; this makes me so happy and so proud because there is so much talent in the Middle East that the world deserves to see and hear!

Has music helped connect you (to others, to places) in a global world?

Music is a language that everyone can speak, and that’s what I love about it; that in itself makes it global because you can reach so many people from all cultures and views of life. There can be two completely opposite human beings who will each relate to a song in their own way. For example when we filmed the music video for my song Gender Game, all of the women could relate to that song because of something they each experienced in their own lives. I wrote that song because of where I come from but everyone goes through similar experiences in their own way. “Music the great communicator…” as the Red Hot Chili Peppers say…:)

I play the piano and I want to get better at guitar and learn the drums!

If your life didn’t turn to music, what was your plan B (if you had one)?

I studied Economics in college because I love math, but I don’t believe in plan Bs.

Can you describe your sound for us?

What’s your karaoke jam? If you have one, what’s your favourite line, verse or chorus?

Amy Winehouse – Back to Black: The chorus “we only said goodbye with words, I died a hundred times, you go back to her and I go back to black…”

How do you discover new or old music?

I have Spotify and Apple Music, but also I discover music from friends or Youtube.

Right now some of what I’m loving:

– Getting out of bed and seizing the day?

World, Hold on – Bob Sinclair– so inspiring and all about love!

– Hyping up as you get ready for a night out?

Shape of You – Ed Sheeran-So fun to listen to, love his lyrics and melodies!

I’m so excited for this year! I have more music, live shows, collaborations with other artists and DJs, and I’m working on an album!